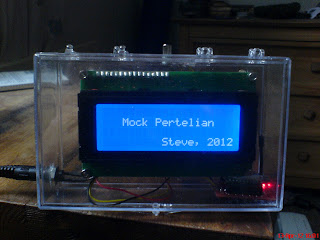 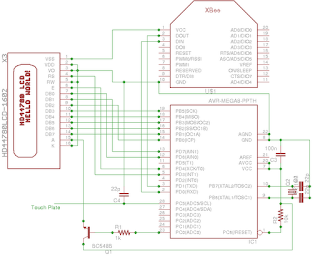 Update: after running for a week or so at 9600 baud, the 20x4 display was messed up. Although I never got to the bottom of it, the fault lay in the transmitting XBee: unless it was power-cycled, the problem persisted through reboots of the display and the box running LCDd. A successful workaround was to run all parts of the system at 57600 baud, i.e., both serial ports and both XBees.
Posted by Steve at 16:35