A mere three weeks after submitting the order, Seeed Studio returned my PCBs! The picture above shows one before assembly and the other after. The assembled one is mounted on half of a sick-of-beige case, also from Seeed Studio. This was needed because the PCB chosen was 0.8mm thick and flexes easily. (Perhaps a thicker PCB wouldn't have this problem.)

Assembling a PCB is much easier than stripboard mainly because of the smaller number of holes on offer for each part. Printing the component names helps too but not having them wouldn't have mattered so much, for this project anyway. The main thing to remember is to add the parts in increasing order of height.

The board worked first time! No embarrassing green wires needed! I attribute this to the fantastic job done by Eagle's autorouter. The only change I would make in retrospect is to ensure the capacitors were the right physical size: the parts chosen from Eagle's library had a smaller footprint than the ones eventually used. The Eagle files are here. 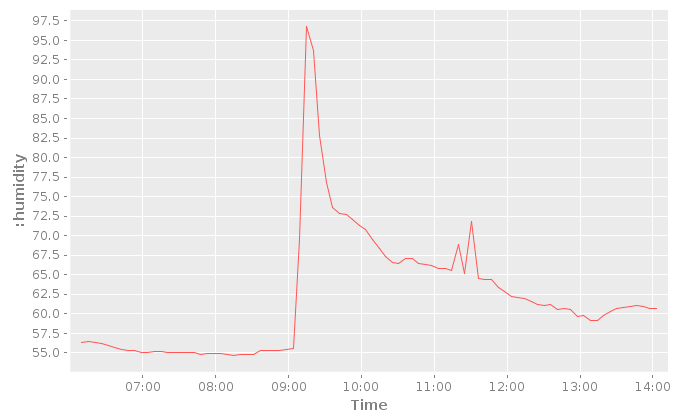 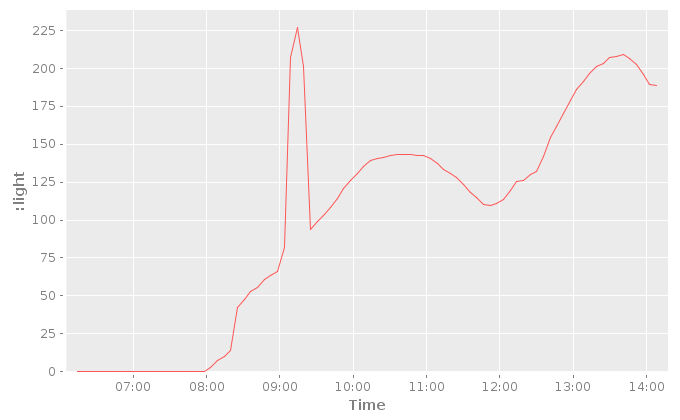 Quick-and-dirty graphs of humidity and light from the bathroom over the past 8 hours. (Note the spike at 9am when I was showering!)

Here's the bill-of-materials. Say €20 including headers, nuts-and-bolts, AAA battery, etc.
Posted by Steve at 14:20 No comments: