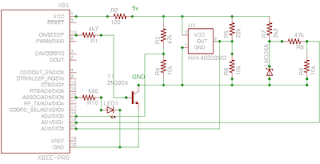 The software side of this project will be described in a subsequent posting.
Posted by Steve at 10:55